« RESPECT FOR THE TRADITIONS, SKILLS AND SECRETS OF THE ANCIENT COMPILED NEW WINEMAKING TECHNIQUES. »

There, where everything began

Jean-Pierre Bouillac, passionate and seduced by the diversity of grape varieties since childhood, decided at the age of 14 to become a wine nursery grower like his father and grandfather.

After three generations at the service of Bordeaux’s most prestigious vineyards, Jean-Pierre decided to take on a new challenge: running his own winery.

In 1996, he began planting his first plot of Merlot and Cabernet Sauvignon on 5 hectares: Château du Vieux Puit was born. Whose emblem has always been present on the family home. 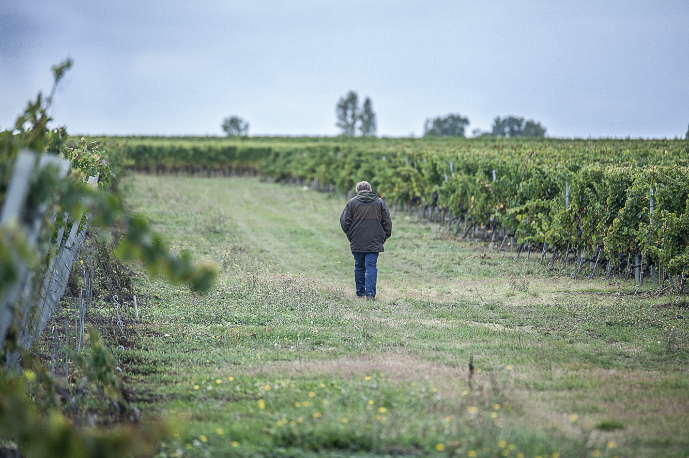 This well, in the centre of the property, in the shape of a shell, is typical of the north of the Gironde. Its origin and history dates back to the 16th century. During the war, the Germans on their way to Bordeaux drew from this well as they passed through.

The spelling of Château du Vieux Puit also comes from the old French, the village of Réaud included the place called Vieux Puit without the « S », that’s why Jean-Pierre Bouillac has kept the originality and authenticity of this place until the name of the Château.

Jean-Pierre built plant by plant the family estate in the Blaye-Côtes de Bordeaux appellation. From 5 hectares in 1996, the Vieux Puit vineyard has grown to 100 hectares today.

« I have studied the typicality of the Blayais terroirs, this one is located on the right bank of the Garonne, after Saint-Emilion and just opposite Margaux, and other prestigious regions such as the Médoc or St Julien. There is here a great potential and a great future of success for the wines of this appellation. The word of a nurseryman! »

« « I have studied the typicality of the Blayais terroirs, this one is located on the right bank of the Garonne, after Saint-Emilion and just opposite Margaux, and other prestigious regions such as the Médoc or St Julien. There is here a great potential and a great future of success for the wines of this appellation.
The word of a nurseryman! » »

The birth of Bouillac vineyard

In 2007, Mrs Vidal, godmother of Jean-Pierre Bouillac, winegrower for more than 50 years, entrusted him with the cultivation of her beloved property: Château Corps de Loup. Wishing to have the same entity to promote this Château in addition to the Château du Vieux Puit, Jean-Pierre decided to group his estate under the name of : Vignobles Bouillac.   Here again, history is at work: this beautiful 9-hectare property in one piece was planted by Jean-Pierre’s parents a long time ago.

Legend has it that in 1589, Captal de Buch, Lord of the Test, invited his cousin, King Henry IV, to hunt wolves in the Medoc forest. A wolf was killed when he crossed the river near Pauillac in the Médoc and died in the parish of Anglade, in a place that was later called the Corps de Loup.

The Vert Galant would have had a strong devotion to the famous wine of the privileged hillside. In memory of the royal hunt, the inhabitants baptized these two places: Trompe Loup in Médoc and Corps de Loup in Blayais.

The vineyard of 9 hectares with an advantageous exposure extends over a magnificent terroir similar to those of its illustrious and close cousins of Saint-Emilion. The property is surrounded by a wall in remarkable condition, a rare thing in the Bordeaux region.

« To underline this singular situation, it will be renamed Château Clos du Loup. »

Château Haut-Perdrias, the youngest one

The Château Haut Perdrias is located in the commune of Berson in the Gironde. Situated 6 kilometres from the town of Blaye, its plots are ideally placed which gives the wine a beautiful structure. Enrobed with spicy flavors offers in the mouth a fine evolution towards a fleshy gustatory journey.

Our expertise : from roots to glass

Independent winegrowers but also wine-growing nurseries. It is an asset to be able to use one’s knowledge of the grape variety and the soil to make our wines. We collaborate in the planting of grape varieties with prestigious châteaux, some of which are classified Grand Crus 1855 (Château Palmer, Léoville Poyferré, Château Canon in St-Emilion; Château de Myrat in Sauternes…). We advise and train them in the choice of plant material, but also and above all we accompany them until the harvest. Through this activity, our production, we control it from the root of the plant to the drinking glass. 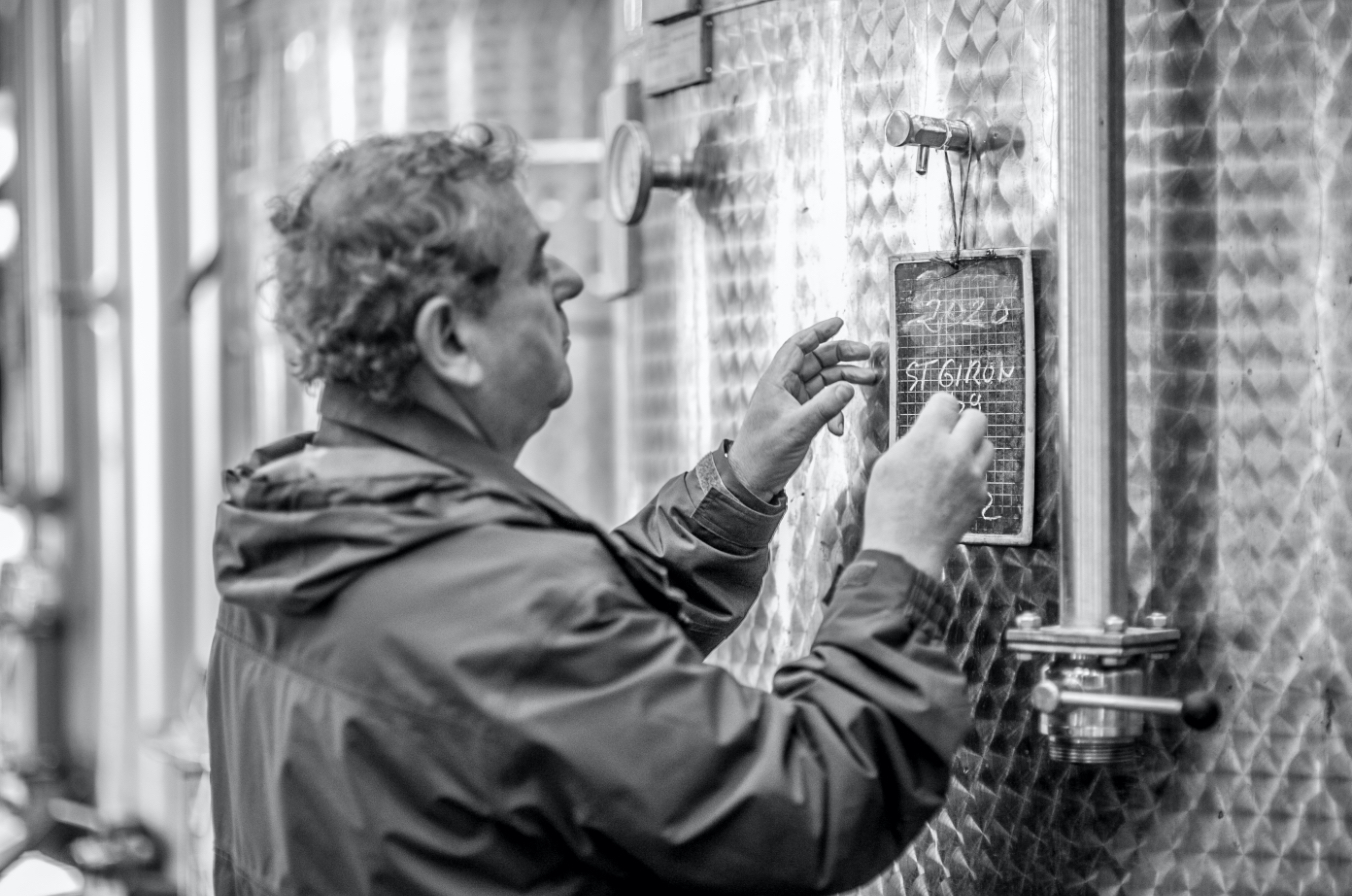 This double activity has favoured the birth of a sort of superhero of wine-growing who does not hesitate to get his hands dirty: the Pépigneron. As insatiable lovers of terroirs and wine, we are constantly developing the vineyard by taking advantage of the opportunities on the most beautiful plots of the appellation.

The challenge: to save the forgotten grape varieties of Bordeaux!

It was in 2005 that he came up with the idea of creating “Les Mains Sales”, rare cuvées made from 100% Petit Verdot and 100% Malbec from a massal selection carried out in the Médoc in 2001. These cuvees of remarkable elegance and power are vinified using the method of complete vinification in new 500-litre barrels. Produced only when the vintage is favourable and in limited quantities, they are today the figureheads of Vignobles Bouillac.

“The harvest and vinification period are the moments I am looking forward to most. Making Les Mains Sales is a real pleasure!

I have set up a very special vinification method: the integral vinification, which consists of vinifying in small containers or directly in oak barrels: by hand. So obviously this manual work inspired me this name!”